I hope you’re all well.

The  American West was a brutal period in US history, for all peoples involved. Propaganda abounds on all sides.
As with any his-story, it’s best to find “primary sources” when trying to research what may have occurred.

Geronimo’s autobiography is “one” of those sources. It’s a honest, eye-opening, look at the period.

And Librivox is one of the few remaining resources, on the Net, to find a bit of reality. 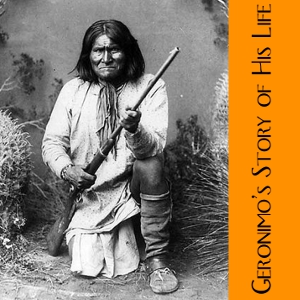 Geronimo “one who yawns”; June 16, 1829 — February 17, 1909) was a prominent leader of the Bedonkohe Apache who fought against Mexico and the United States for their expansion into Apache tribal lands for several decades during the Apache Wars. “Geronimo” was the name given to him during a battle with Mexican soldiers. His Chiricahua name is often rendered as Goyathlay or Goyahkla in English.

Below is a couple of sample chapters.

This site uses Akismet to reduce spam. Learn how your comment data is processed.